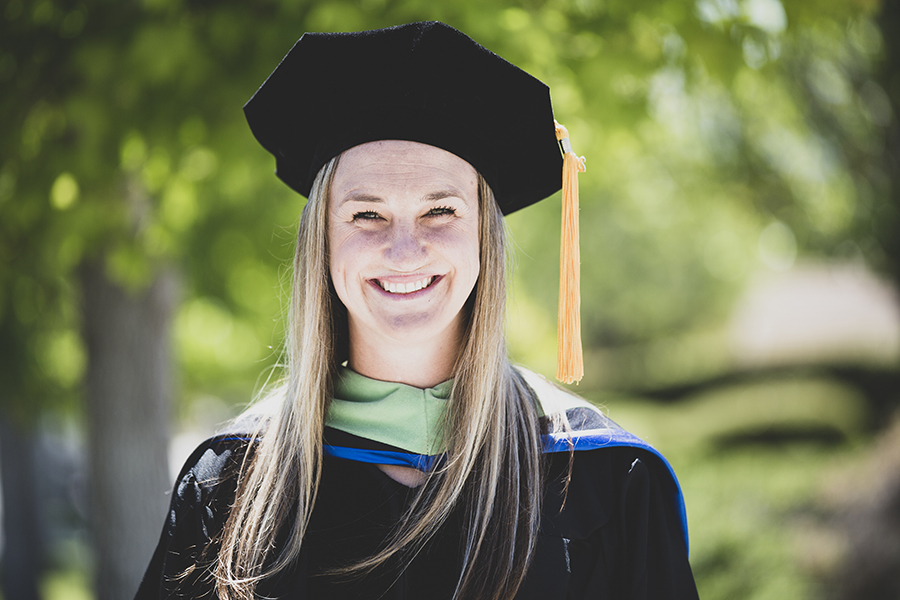 My experience: In January I did my interviews in Frisco, Texas to figure out where I would do my residency.  The plans were to do hospital rotations from February through May.  We finished our core clinicals in January, in February I was doing vascular surgery at the V.A. Hospital in San Francisco and in March I was at our main hospital, Highland Hospital.  As Corona Virus was spreading some of the clinics were starting to shut down the program because they didn’t want students to get exposed.  I was at Highland for two weeks and on the 13th I was on call that weekend and they sent out an email saying they were cancelling clinics for 2 weeks.  May 16-30th.

I was supposed to go to Lake Tahoe on the 19th of May because the date to find out if I matched for a residency was the 20th, so I was going to celebrate with this trip with my Dad and go skiing and gambling.  All the resorts shut down, so I just went home (to the Central Coast).

They kept extending the closure and I was trying to figure out if I should keep my airbnb in the bay area or cancel it or what.  Finally they did cancel the remainder of the term so I went up and moved all my stuff out and brought it back here (to my mom and step-dad’s house).  I’ve been here since March 16th.

Some of the emotions I experienced when this all started: Uncertainty, Disappointment, and boredom.

One difficult thing was:  Overwhelm moving back in with my parents, feeling like I’m 18 not being able to go anywhere.  I got defensive, which is my personality.

What was it like staying at home: I went from a 6 a.m. to 6 p.m. very busy daily schedule to nothing, AND being back in my parents’ house.  I mean I love my parents, but this is different.  There was a lack of motivation.

Graduation would have been: At the Paramount Theater in Oakland.  My parents, my aunt, my grandma, my brother were all invited.  There was going to be a big dinner the day before at a nice restaurant along the bay and of course we cancelled that.

Graduation became:  Virtual, which was our last choice for a replacement ceremony.  They used Webex, so we had to use our Web cam, say our name and where we are going to residency and then step back and I got hooded by my dad, step dad, mom and grandma (two on either side of me).  I was able to send out the link and all my friends and family watched.  Then there was a car caravan, people drove by my house with signs, flowers, or little cards or gifts and then a few people came over afterward.  My grandma also was turning 80 so we celebrated her birthday too.

How are you feeling now about graduating at home: It was a little surreal.  Just not what I expected.  Plus it’s been a while since I’ve been with patients so I’m sure once I start residency things will start to sink in.

Future Plans:  My Residency match is Missouri and I’ll be there for 3 years.  I thought I was going to get Florida, so I was disappointed, but I’ll make the best of my situation.  I bought a condo (Creve Coeur, near St. Louis) and my mom and I are doing a road trip in June to arrive when escrow closes.

How Residency is decided:  So in the beginning of your 3rd year of medical school you apply for clerkships at different residencies.  I picked Florida because I have family in Florida and Missouri because I have a friend not too far from there and I had visited her so I am a little familiar with the area. Also Colorado because it’s a really good program, San Diego because I did my undergrad at SDSU and that’s a super good program, and then Cedars Sinia in L.A.  So you go by experience and word of mouth to select these clerkship locations.  So in your 4th year you get 5 clerkship months and then the rest of the time it’s your core rotations, which for me was in the bay area.  Core service rotations are at different hospitals and clinics.  Mine were focused on Vascular, then Internal Medicine, and then as you know my rotations got cancelled at that point.  My clerkship months were from August through December and I went from Florida to Missouri to Colorado to San Diego and then L.A.  In January we took our boards and then had our interviews in Frisco, Texas (6 day interviews).  You rank the programs and they rank you based on your month there in the clerkship month.  On the 20th of March we found out if we matched and then a week later we found out where.

Lori’s Summary:  Kayla has high expectations and knows what she wants. She’s confident and obviously smart; able to retain a lot of information and recall it with detail, all of which is what it takes to become a Doctor.  I hope she gets to make up for all of her cancelled trips at some point!