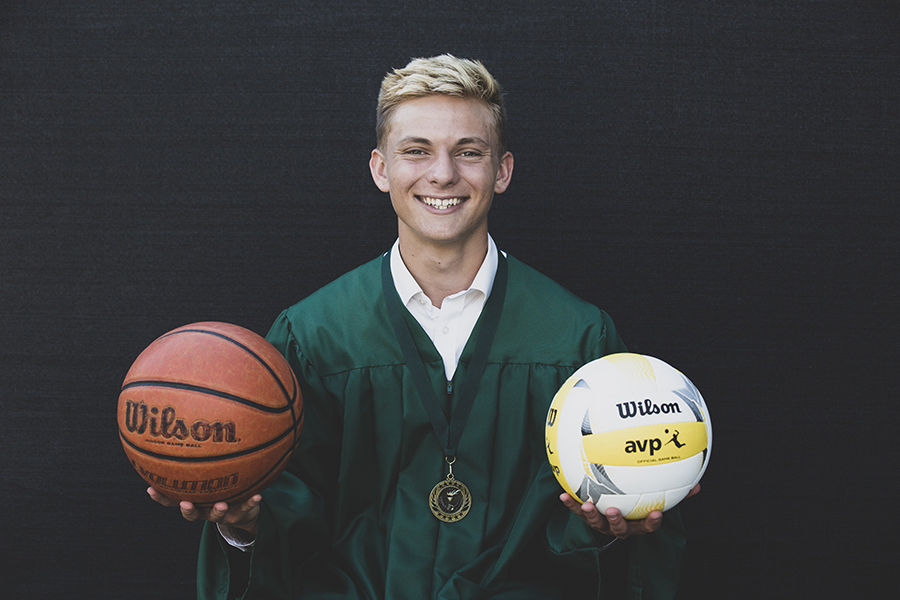 How I was affected: Having to go into quarantine has had a lot of life lessons earlier than I expected, including: valuing time with family.  In normal life I would have been rushing to hang out with friends and be social, spreading my wings.  This experience I’ve had my wings clipped.  It was hard at first.

Some of the emotions I experienced when this all started: It felt like efforts were wasted - even though I know not wasted - but the summation of it all, with graduation and so much put on pause.

One difficult thing was: I worked hard all year and in an instant it was all taken away.  Having to move on to the next chapter in life without finishing high school the way I expected.  I had to do some self talk and say “ok you’re 18, you’re an adult, it’s time to take steps to prepare for real life!” and it just seemed like it came earlier than I was expecting.

Something that stood out during this experience:  In years past I was kind of an introvert.  I wasn’t in a lot of friend groups and I kind of kept to myself a lot, and I decided in my senior year I would give it my all - put myself out there.  I joined some new groups, a crazy amount of clubs, did my best in sports and grew to love a lot of new people, and the year got cut short.  I wished I had done it earlier!

What was it like staying at home: My parents and 3 brothers - craziness.  At times it was awesome and other times I wanted to just put my headphones in and “don’t talk to me!”  But it was good.  We had fun and there were some hard times, but that’s what families do - we work through them.

Lori’s Summary:  Evan is embracing his future and has proven to himself that he’s ready for the next step.  With volleyball he proved the lengths he would go to year after year to keep playing and improve himself, even if it meant building a new team around him every year.  I also want to note that he has been recognized with the following awards:   Male Athlete of the Year, Six Semesters of CSF Active Membership, Eagle of the Year, Lebens Award (awarded to his basketball team for the highest overall unweighted GPA for a team).