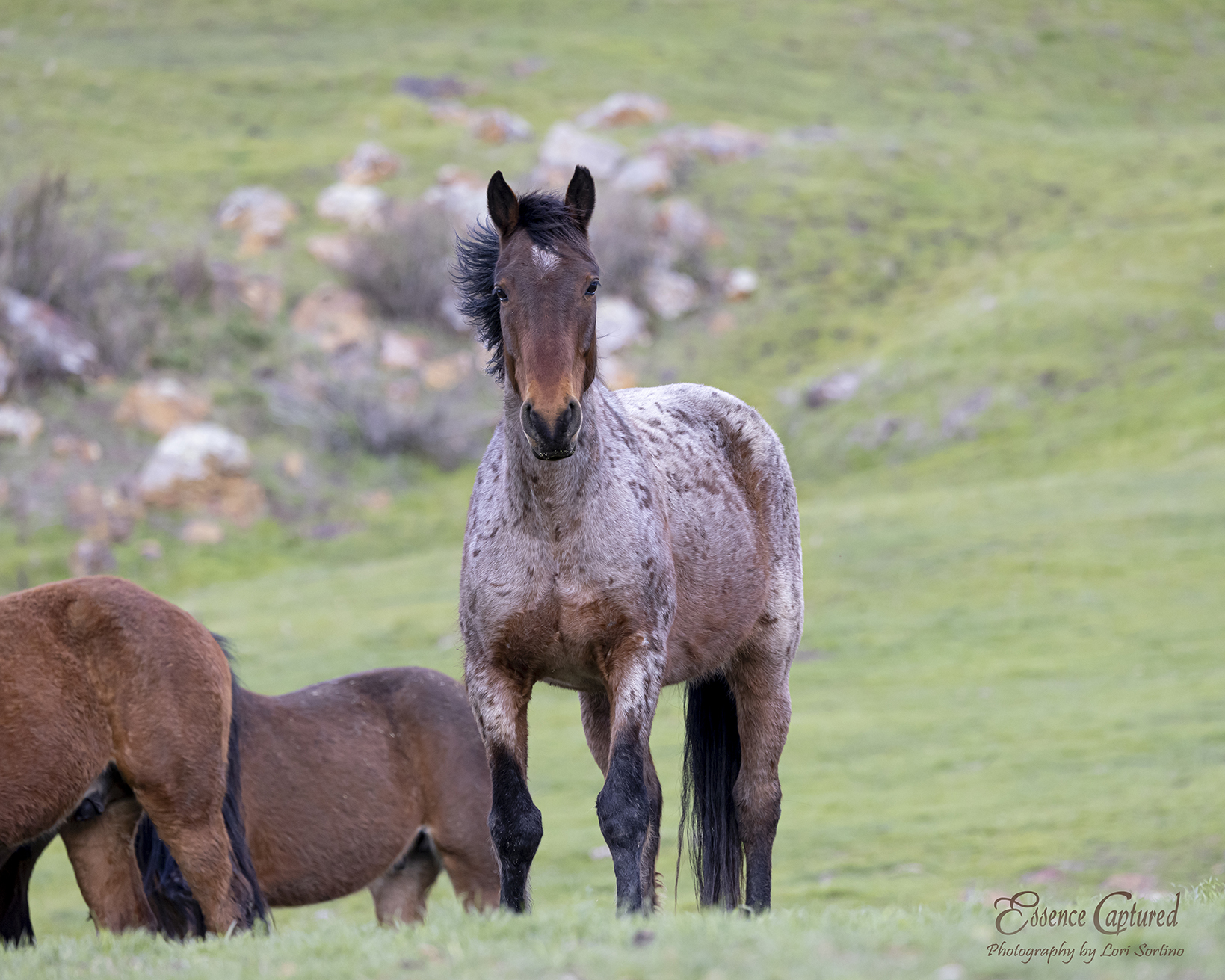 Hermès is a roan from a band that was rounded up in the Devil's Garden Territory in California and rescued by Return to Freedom.  The band was relocated to RTF's San Luis Obispo sanctuary last year.  Hermès stood there, locked gaze, his on mine, mine on his.  His mates looked up only briefly and went back to grazing, but Hermès watched.

Hermès is named after the Olympian deity in ancient Greek mythology.  Hermès is considered the herald of the gods. He is also considered the protector of human heralds, travellers, thieves, merchants, and orators. He is able to move quickly and freely between the worlds of the mortal and the divine, aided by his winged sandals. Hermès plays the role of the psychopomp or "soul guide" — a conductor of souls into the afterlife.  I can imagine the roan Hermès wearing winged horse shoes.  Can you?

These images were created at Return to Freedom Wild Horse Sanctuary in San Luis Obispo, California on March 15, 2021.  I volunteer for RTF as a photo safari guide, and participated in three safari's in March.  As you can see, the hills are green and the mustang's coats are still thick to keep them warm.  It was very chilly and windy up on the hill!

For more information on the Mustangs living in sanctuary, how to sponsor a Mustang, or to register for a tour or photo safari, visit the Return to Freedom website.