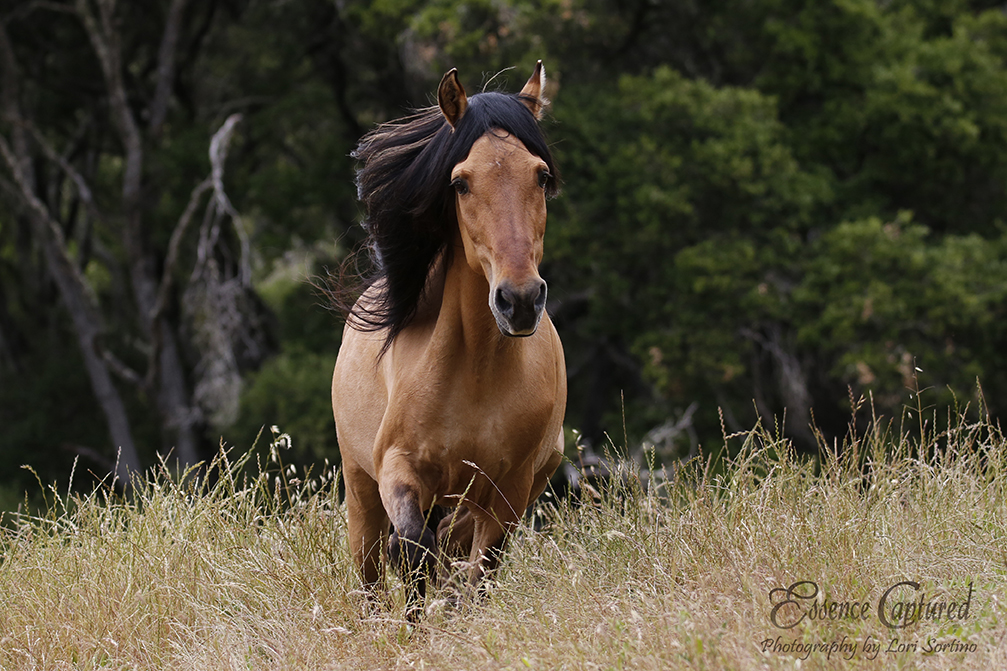 Mustang Image of the Month for November, 2020

Spirit, the Kiger Mustang stallion who served as the artists’ muse and model for the 2002 DreamWorks Animation film “Spirit:  Stallion of the Cimaroon,” resides at Return to Freedom’s Wild Horse Sanctuary in Lompoc, California

In 2018, Spirit was inducted into the Horse Stars Hall of Fame by the EQUUS Foundation.

Spirit turned 25 on May 8, 2020
When Spirit’s role in creating the feature film was completed, DreamWorks Animation chose Return to Freedom’s sanctuary as Spirit’s permanent home.
The Bureau of Land Management discovered Kiger Mustangs on the high desert of Oregon in 1977.  To preserve them, government officials moved the small band of horses to other areas on the north end of the Steens Mountain near Kiger Gorge, from which the breed takes its name.

Everyone loves Spirit, and he’s one of the most coveted horses to photograph at Return to Freedom, not only because of his fame, but because he’s just so gorgeous.  Watching him even without a camera, he’s entertaining, expressive, and mesmerizing.  This image was taken in May of 2019 (just after his 24th birthday), in a large hillside pasture.  He had gone over the hill and around a bend, and I stood ready with my camera, waiting to see where he would appear.  Listening carefully for the movement of the grass, I heard him coming, and he came over a rise running almost straight toward me, mane waving as he moved.  I hope you enjoy the image of the month for November!

For more information on the Mustangs living in sanctuary, visit the Return to Freedom website.